“As Greta Thunberg says over and over again; listen to science” 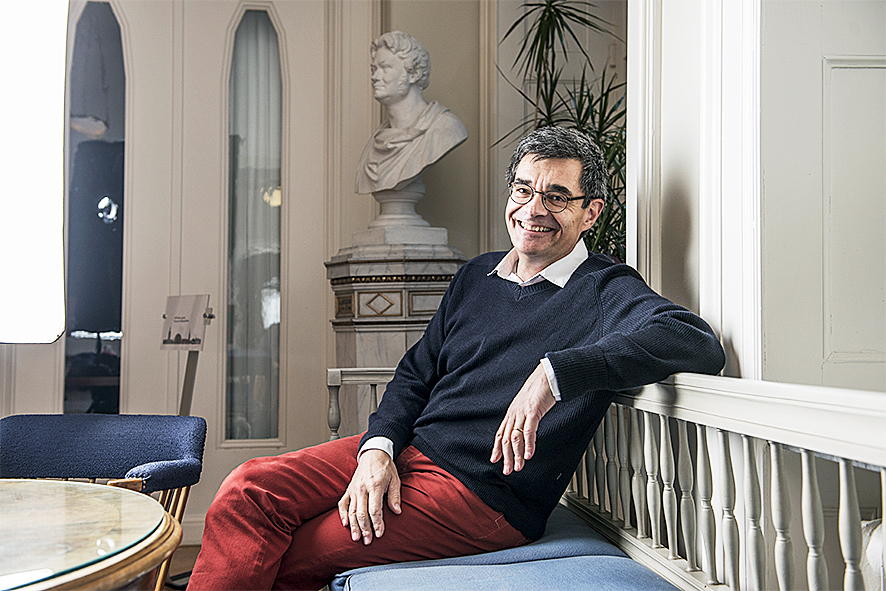 Human activities, primarily burning of fossil fuels, have caused an increase of atmospheric carbon dioxide concentrations to levels probably higher than any time during the last 600 000 years as we know.

It is easy to get overwhelmed by facts and reports showing threats and warnings about both the health of our planet and our own human health. When UN held the climate summit recently in New York with ever more alerting facts, the feeling of urgency was reinforced by Greta Thunberg’s devoted speech to decision makers and politicians. She was clearly frustrated when giving them some very clear advices.

Altogether, this paints a quite bleak picture of the future, and yes, we do have some huge challenges ahead. However big and difficult they may be, we still need to be positive, constructive and honest; we cannot inflict on our children that the world is doomed. We have to rely on scientific evidence and show confidence in respected scientists who are doing their best to present facts we can trust. As Greta Thunberg says over and over again; “listen to science”. Now, it is about time for us, the adult population to take action to combat climate crisis. COP 25 in Chile in early December simply has to deliver!

The fact that 193 countries did adopt the UN Sustainability Development Goals (SDGs) in 2015, gives all of us a fantastic platform in our daily work, research and education. Strategies can be discussed, and acted upon, identifying synergies and trade-offs across the Goals. Because, we cannot stick to a single Goal; not even on climate. Instead we need to interlink several Goals and targets. For instance: we can achieve reduced air pollution by using electric vehicles, which is good for urban people. However, the environmental cost for hunting lithium for the batteries is increasing. Added to that, the mining and search for more resources puts areas and people at risk, not seldom rural. The ever boosted and tremendous demand for energy on a global level produced mainly by fossil fuels is something that must change. But how? The vast expansion of Internet use and streaming services put dramatic pressure on delivering energy. For example, streaming one single music hit by a few billion people, uses energy that equals the annual energy consumption for Tchad, Guinea-Bissau, Sierra Leone and the Republic of Central Africa – together.

This is why SIGHT is working with health and climate using an interdisciplinary and intersectoral approach in the light of the 2030 Agenda. Associate professor Maria Nilsson, interviewed in this Newsletter, is an internationally established researcher leading our work on climate and health. Please take a moment to read what Dr Nilsson has to say.

It is pivotal for our planet that scientists and decision makers from various fields meet and figure out solutions on how to make real change – not forgetting to involve the next generation.

Young Greta Thunberg has stirred up the world, which is an amazing effort in itself. Now it is time for adults to take responsibility. There are no longer any excuses for inaction or for blaming ignorance. We can measure and we see the impacts of climate change on public health already. And we do realize that the climate change could result in health emergency – especially for the already most vulnerable in our societies. It is time to be ambitious. The strategy according to a Thai expression: “the triangle that moves the mountain” is much needed, combining relevant knowledge, social movement and political involvement.

Dear friends, The open sea and the horizon of the Swedish west coast taught the famous Swedish troubadour Evert Taube to see far. He grew

Dear friend, Neither the future nor the past is far away from any of us, which is something the author and physicist Andri Snaer Magnason

“The prevailing climate crisis, biodiversity loss and pollution have been covered in a mist”

Dear friends, Right now we have the most dramatic challenges the world is facing, these are climate crisis, nuclear war, depletion of resources and inequalities,

Dear friends, 2021 was full of monumental events – and with most of 2022 still ahead of us, let’s hope for a less historical year and

Dear Global Health Friends, There are precious moments in life that gives energy forward. Meeting Deliang Chen, Professor in Physical Meteorology and a member of

Dear friends, In 1981 the world estimated more than 400,000 cases of polio worldwide due to a vast outbreak during the early years of that

Dear friends, Four marvellous and constructive years with the SIGHT Secretariat have truly enriched me with new dimensions both professionally and in my personal life, for

“The world needs more collaboration and partnerships – not less”

Dear friends, These are disruptive times. The pandemic is a wake-up call and has given the world some hard-won lessons about the position of health,

“The youth is leading the way”

It all begun in August 2018. Using a simple sign saying “School Strike for Climate” Greta Thunberg sat outside the Swedish Parliament to protest against

Dear reader, The COVID-19 pandemic has hit the world severely, causing suffering to millions of people. While the world is trying to tackle the pandemic,