Helena Lindgren, coordinator for the Swedish Network for Midwifery. 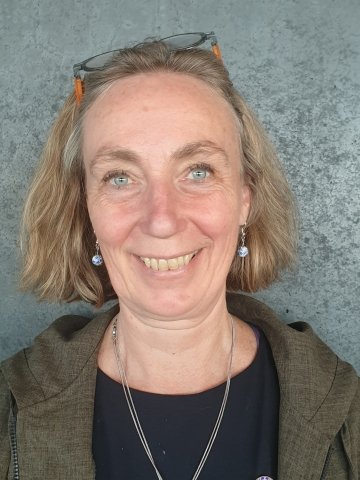 Your network is currently working on a report on Swedish midwifery, highlighting the development of the profession, specific Swedish issues as well as midwifery and the 2030 Agenda. Your reflections so far?

– The Swedish model with midwives and equality policy is often referred to in international context, because of low mortality and the central role of midwives with referral right to other professions. But why we (and other Nordic countries) have this position is seldom spelled out.

The report will also show that Agenda 2030 is a natural part of the work midwives do.

– We want midwives to reach out and communicate to other professions and governments how we work. There is still a great deal of multidisciplinary learning. This is why we are happy to be able to include authorities in our reference group concerned with women’s health, equality and sexual rights. In the end of the year, for instance, we will meet with the minister for foreign aid to discuss the role of midwives.

The report will feature a timeline of development of the midwife profession.

– It is striking how long historical scepticism against the profession has survived, for instance how long it took until education literature written by midwives to be published. This is all the more surprising, considering the demand for hands-on and evidence-based knowledge.

According to WHO midwives are in short supply throughout much of the world. Narendra Modi, Prime Minster of India, has promised to train 80 000 midwives in the next few years to counter the lack of midwives.

– The million-dollar question is how to create education with high enough quality. We can contribute from a Swedish point of view, not least in terms of how to organise maternal care and increase the status of midwives, but this doesn´t mean that we don’t have anything to learn from low-income countries. Many midwives there have experience in managing complications of a kind that fortunately are very rare in Sweden today.

This is something our dispatched midwife students can bear witness to.

What role can the network for midwifery fill?

According to Helena Lindgren primarily as a meeting point for the profession, but also a way to provide input from other professions. In short, being a catalyst for development of midwifery issues.

– The questions raised by midwives have obvious connections to the other networks. Very clear ones to the thematic networks for Sexual and Reproductive Health and Rights (SRHR), for Child health, antibiotic resistance and mental health. Postpartum depression and mental health are crucial to the work of midwives. So, yes, we are eager to increase dialogue with the other networks. We really want our knowledge to become more available and documented. This is an important step in that direction.

Catching up with… Karolina Nyberger 

Karolina Nyberger, Chair of the Swedish chapter of Women in Global Health (WGH) Why do we need a network focusing on women in global health?

Catching up with… Sara Österlund

Sara Österlund, coordinator, Swedish platform for global Sexual and reproductive health and rights (SRHR) issues What activities has the platform carried out during the autumn?

Catching up with… Gunilla Källenius

Gunilla Källenius, professor at Karolinska Institutet and coordinator of the Swedish network for communicable diseases What has the network done during the year?  “We have

How about the Children?

Helena Lindgren, coordinator for the Swedish Network for Midwifery. Your network is currently working on a report on Swedish midwifery, highlighting the development of the